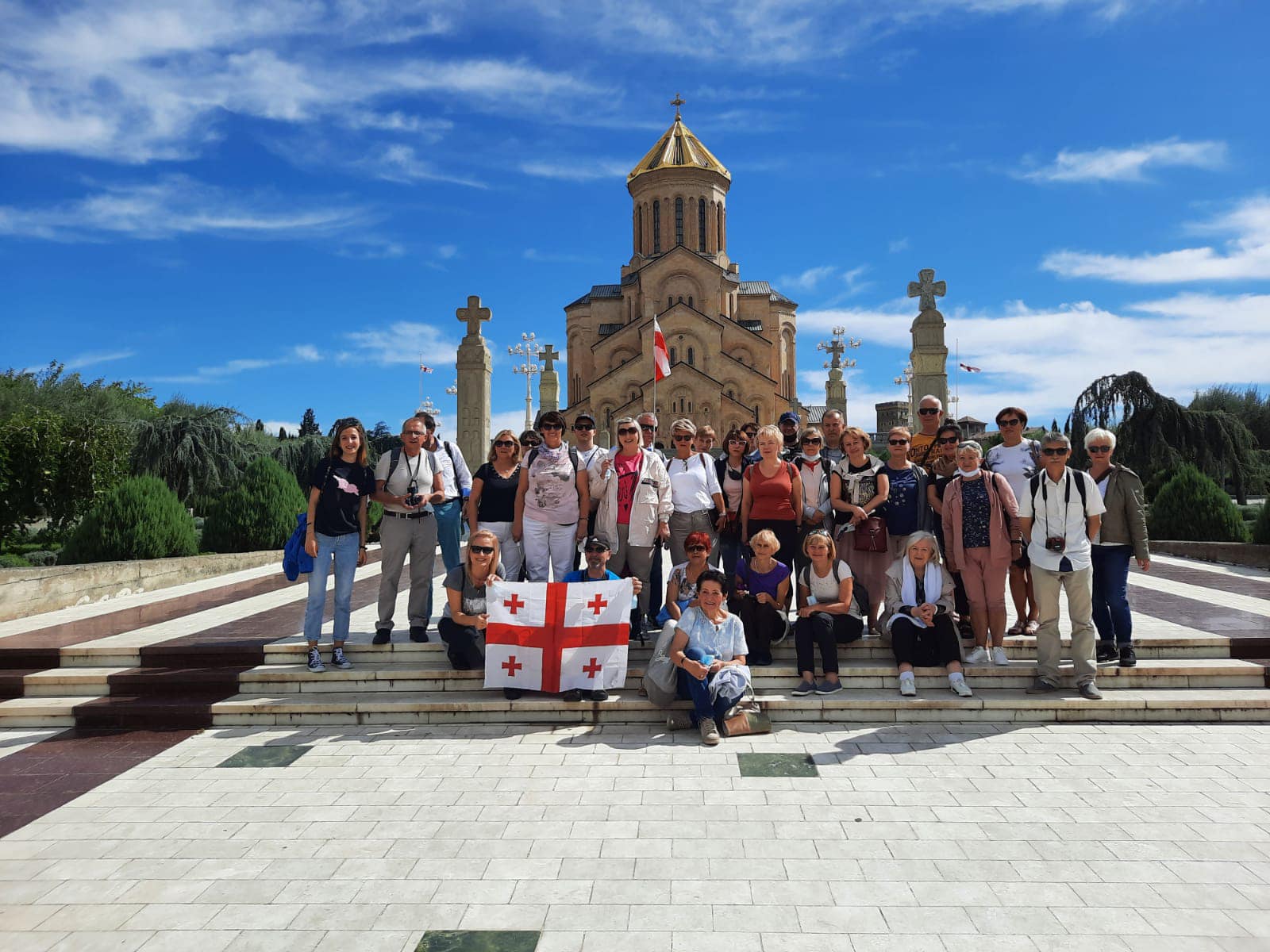 Today you will have the first acquaintance with the city - a walking tour in old center of Tbilisi.

Tbilisi Holy Trinity Cathedral or Tsminda Sameba “The Holy Trinity” is the main cathedral of Georgian Orthodox Church, which is located in Tbilisi, on the hill of St. Elijah.

We will visit the ancient temples of Metekhi, the cross-domed church built in XII century and Anchiskhati, the oldest church that has survived to this time, built in the 6th century. Tiflis sulfur baths and the Abanotubani quarter are one of the favorite places for visiting Georgian and Russian nobility.

Hot mineral water, with high sulfur content, comes directly from the underground and is used in bathhouses to this day, many times praised by famous writers and poets. The modern look of Tbilisi will be revealed to us in a walk along the glass bridge of the Peace, on the way to the reconstructed Gabriadze Theater. We will see all of old Tbilisi from Narikala fortress.  Mount Mtatsminda (Holy Mountain) with the church of Holy Father David, a pantheon of prominent writers and public figures, an architectural and historical symbol of the city.

Jvari “Cross” is a functioning monastery, which is one of the very first UNESCO monuments from Georgia, a place of power and more. On the place where the monastery stands now, preserved almost in its original form, in the 4th century, St. Nino created her cross from the vine, and Christianity was adopted as the main religion. We will visit the monastery itself, enjoy the gorgeous views around and see the junction of the two rivers described in the poem “Mtsiri”. In fair weather, from the territory of Jvari one can see even the top of Kazbegi! Then we will visit the ancient capital Mtskheta, where you can take a stroll along the streets, purchase exclusive handmade souvenirs, Georgian sweets, and most importantly, we will see the Cathedral Svetitskhoveli “Life-giving Pillar” (XI century), which is called The Second Jerusalem for a reason. According to legend, the tunic of Jesus Christ is buried under this cathedral, which was brought there in the 1st century by rabbi Elioz from Mtskheta. The part of the cross, on which Jesus Christ was crucified is stored in the cathedral, there is the burial of Georgian kings and princes and many interesting mysterious frescoes.

For an additional fee of $ 20, you can enjoy dinner with Georgian dishes and an entertainment program.